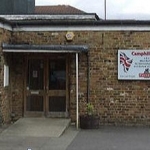 Read the details on Lemonrock & seen the setlist.

Most I knew, some were new to me.

Pleasure to see a band know & enjoy seventies rock(mainly). Guitarists sound fab when supported by a great rhythm section & vocalist = this band has it all . As a lizzy fan, I enjoyed 'Whisky' & 'Don't believe a word' & strongly recommend to one n all.

I have nothing but praise for this band I booked them for my birthday party and they were absolutely fantastic playing classic after classic I asked them to play a thin Lizzy track that they had not done before and they said they would learn it for the party which they did and it was fantastic. The communication be for the gig was great they turned up when they said they would. Would recommend them to everyone they are a great bunch of guys who play fantastic music. support live music and book Thunderhead for your next do you won't be disappointed

Thanks Kev, it was a pleasure to play at your party and very decent of you to write this review 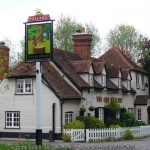 Treasures Of Rock [The Star, Staines] on Saturday 20 September 2014

The band, with Keith Elford on vocals and guitar, Doug Lipinski on lead guitar, John Hiles on drums and Nick Potter on bass have been writing and rehearsing hard in the months leading up to this concert.

The chosen venue for the inaugural show was the Star in Kingston Road - the newly decorated and freshly invigorated public house (once the North Star) - which now has the svelte and swish look of a cocktail bar about it. The drinks were excellent, the staff were wonderful and the place looked spacious and welcoming.

Thunderhead promised to bring us some rarely played covers - but they started sensibly with an accurate representation of "Free Fallin" (Tom Petty, 1989) - this was very well received by the enthusiastic crowd.

Some other numbers - we perhaps expected them from the ex-Blue Fuses and ex-Zapped! Players - also went down well... These included 'Layla' (Derek and the Dominos) and "Comfortably Numb" (someone near us said, "I love this one by the Scissor Sisters ..."

But for us the stand-out number was "Rocky Mountain Way" (Joe Walsh, 1973) from 'The Smoker You Drink, the Player You Get' with those snarling chords and squeezed guitar licks.

Of course, this version did not have any honky-tonk piano - but it still had all the tense attitude of those curled lip vocals, and all the dirty demeanour of the original song.

And we enjoyed the soulful nuances of "Because the Night" (Springsteen / Smith) and the gritty cynicism of "Money for Nothing".

And of course, we were also treated to "Doctor Doctor" - introduced as the only publicly recognized song by the British hard rock band UFO - (it's true) and played (at the time) by Michael Schenker on guitar and Phil Mogg on vocals. Both Doug (Thunderhead lead guitar) and Keith (Thunderhead vocals) rose to the occasion - they did not let this really great song down.

And special mention must go to John for his excellent drum work on "Radar Love" (Golden Earring) - now it's not often you hear that song these days!

Passionate acoustic strumming from Keith, combined with tight drum-work and enthusiastically efficient bass-playing - all added to the overall quality of the sound. And, as expected, the work from lead-guitarist - Doug - was exquisite.

Energetic and powerfully re-created treasures from the history of rock - with supremely efficient guitars and vocals, so smoky, they made us choke.

Thanks Neil for permission to reproduce this review.