Under the Radar [Modern Covers, 4 piece] 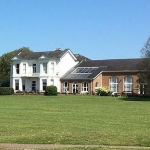 Really enjoyed listening to you all at the Coaver club on Friday.

Fantastic guitar playing and singing ?. Was looking forward to the mandolin too .

Dawn Voysey, Sunday 22 September 2019
Reply from Under the Radar:

Dawn.. thank you for your kind words, glad you enjoyed. See you another time.

Under the Radar played at our work Summer Party last Friday. They were brilliant, from the first contact to packing up at the end of the night they were professional and friendly.

They arrived in plenty of time and set up and sound checked before our event began. They were able to play background music during the guest arrival and up the the beginning of their set and then they had everyone up and dancing throughout the evening. I would definitely recommend them.

Thank you very much :)

Joanne, Wednesday 24 July 2019
Reply from Under the Radar:

Under the Radar @ The Grapevine, Exmouth 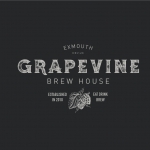 Exmouth did like it... The Grapevine, Exmouth on Saturday 16 February 2019

They really did Rock the Grapevine!

Great sound and atmosphere, varied set list and something for everyone.

Saturday 23 February 2019
Under the Radar @ The Grapevine, Exmouth

Great night out on Saturday in a pub I’ve been to many times. Hadn’t seen this band before but they were great. Good mix of songs and plenty to get up and dance and sing to. Great anthem tunes as the night went in. Highly recommended.

Monday 18 February 2019
Under the Radar @ The Grapevine, Exmouth

This was our first visit to The Grapevine pub Exmouth after hearing good things about it. We were certainly not disappointed! The band Under the Radar were playing an amazing selection of songs and the place was rocking! Lots of people up dancing and singing along all night. Really looking forward to seeing them again.