Great night at the Volunteer Nevertheless on Saturday 20 January 2018

Had a brilliant time watching these guys perform. A great selection of songs that kept me dancing all evening. Hope to see you again when your down this way

Yes what a great night. Look forward to playing at the Volunteer again soon. Thanks for taking the time to leave a review. 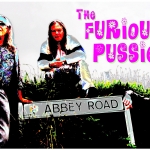 Really enjoyed the gig, the band were a really tight unit with great selection of songs, recommended 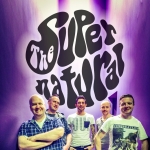 The Supernatural on Saturday 16 April 2016

The Supernatural on Saturday 16 April 2016

First time I've seen these guys and boy do they rock! They were on it right from the word go and had people jumping around instantly. I've not been so excited by a live band in ages! I'll be catching them again as soon as I possibly can even if I have to travel - loved them!!! Great venue as well. X

I've been watching this band for years and they are always great but last night at the Volunteer inn Honiton was really something extra special. Right from the start with "Proud Mary" and several other brilliant covers which included the Beatles classic "come together", it was immediately obvious that this was going to be yet another great gig. The cover of Purple Haze the Jimi Hendrix classic was one I don't recall seeing them perform before. What a performance! I don't think the Jimi Hendrix experience could have done better. Furious Pussies are one of the best bands on the Devon music scene without doubt. This was the first time I had been to this pub though I have been following this great bend for years when holidaying near Seaton about 3 times a year. Good real ale as well and the cherry on the cake Happy hour from 7 til 9 guest ale and house doubles etc all at £2.50. This was a Great night of fantastic music at a really nice traditional pub. Thanks to the band (Tim, Steve and Shaun), licensee and staff at the Volunteer. Welsh Steve