Many thanks to Angela and the rest of the band for another outstanding performance at West End Social Club, near Woking last Saturday. This very tight and highly talented band plays material across the full spectrum of popular music from the 60s to the present day. They expertly cover complex songs that other bands would not go near. Particular highlights for me were 'Mr Blue Skies' (ELO) and 'I want to Break Free' (Queen). Lead singer Angie has a wide vocal range and terrific voice, and the musicianship of the band is amazing. This exceptional band leaves others in the shade when it comes to range and performance. Definitely not a band to miss!!

Thanks Nigel for your very kind words, glad you enjoyed the gig. See you next time. 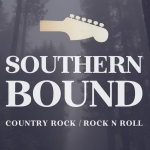 We enjoyed great performance from this find band. They played an excellent selection of modern country and country classics, plus some Rock'n'roll and Beatles numbers. Although many of our audience would not have recognized all the country songs, the feedback was terrific and the dance-floor was busy all evening.. They have a great lead vocalist (John Paul), supported by fine vocal harmonies from other band members, and with good instrumentation. On the night of our performance their drummer was unable to attend (due to Covid isolation) , but the band covered this absence well with backing tracks...all very professional and much appreciated (other bands would have cancelled) . Southern Bound will be playing a slot at our forthcoming Beer and Music Festival on 29 August and we will certainly be booking them to play another evening performance at the club in the near future. 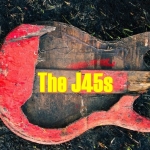 We were delighted to welcome back the J45s at our club. Returning after the Lock-down break they gave a truly 'barnstorming' performance of blistering southern rock and british 60's period Rhythm and Blues. Songs ranged from early Faces, Kinks, Animals and Rolling Stones (Dead Flowers), to the Eagles (Hotel California), Delbert McClinton (Roll the Dice), The Band (the Weight), Johnny Cash (Fulsom Prison) and Creedence Clearwater Revival (Proud Mary), plus some contemporary material such as the Felice Bros (Whiskey in my Whiskey) and Gillian Welch (Miss Ohio). Powerful vocals (in the Eric Burton tradition), very impressive bass and drums, solid rhythm guitar and amazing lead guitar ...this is a very fine and tight band playing at the highest level despite a lock-down break. Definitely performances that should not to be missed by fans of this style of music! They will be playing again at the club at the end of July and also at the club's Beer and Music Festival on August BH Sunday. 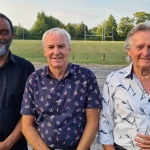 Flying Visit is, justifiably, the favourite band of many of our regular audience and always attract a good crowd. They have played at our club for decades and never fail to give us a sterling performance, whether playing as a three or four piece line-up. The band perform a wide repertoire of classic songs from the 60s - 80s period ranging from Chuck Berry to the Rolling Stones, and from Free to Rod Stewart. They always get our audience up dancing, and keep dance-floor busy throughout the evening . The members of Flying Visit are all fine musicians, especially good at maintaining a rock-solid rhythm for dancing, and Colin - the band leader and vocalist - has a versatile voice that perfectly suits their material. The band pays careful attention to their audience, adjusting the set to suit the mood and responding to requests. They are highly reliable, professional and always a pleasure to deal with.

Like old times Back Track Band on Saturday 7 September 2019

At last a decent band, not deafening as most bands at west end club are these days. Well done Back track you looked clean and tidy the volume was just right, we could still have a conversation we could dance or just sing along. PLEASE PLEASE Come and play for us more often.