NewWelcome to Feed The Meter. Our mission is to entertain with the best music from the last 40 years. Feed the Meter is a collaboration of 4 like minded musicians committed to delivering great musical entertainment to every venue and event. Formed in 2018, FTM is Bill,Graham Mike and Trev -all time served guys in different musical styles which combine to bring fresh,powerful interpretations to their... 3 tracks, 4 gigs, 4 free dates
Based: South Molton
Lucky Red Band (Pop / Rock, 4 piece) 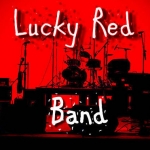 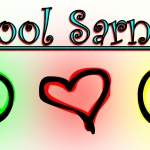 NewMaRoMa are three-piece acoustic band - vocals, two guitars and a cajon, based in the south coast of England. We love to play feel-good singalong cover classics that get people involved and engaged in the event. We feel very relaxed playing in cafes and bistro bars but we are just as comfortable taking on a garden gazebo, pubs and small festivals … Contact Martin for more information
Based: Worthing
LushMix Ft.TJ (Electro Pop, 3 piece) 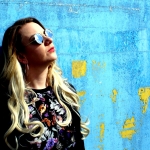 NewPlaying a mixture of anything from REM, THE BEATLES, THE SMITHS, OASIS, THE WATERBOYS, CREEDENCE CLEARWATER REVIVAL, U2, THE SMALL FACES, THE KINKS and THE JAM. Andrew is based in SW London and is a SOLO ACOUSTIC MUSICIAN who has been lucky enough over the years to play all over the UK and Europe. Previously supported 60's legends, Geno Washington, Chris Farlowe, Cliff Bennett and Zoot Money. ...
Based: Hampton
Semafour (Jazz Standards, 5 piece) 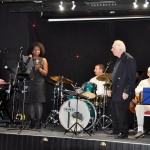 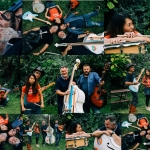 A down to earth 4-piece band playing with energy and authenticity to the period the music comes from. You’d think the Johnny Cash and Elvis songs are being sung by the masters themselves as Smokey Joe and his acoustic guitar powers out anything from soulful ballads to Folsom Prison Blues, rockabilly to country. The Bandits may not look authentic but they sure sound exciting. Keith, on double... 3 gigs
Based: Chertsey
Lennon and mc cartney live (Beatles Tribute Band, Duo)

We play both live and with backing tracks taking you back to the 60s Complete with exact beatle costumes we also provide a full band Beatles4everuk! 1 gig
Based: Esher
Danny T (60s, 70s, 80s and 90s Covers, Solo Artist)

Danny T is a solo, one-man-band type, acoustic performer. As well as vocals & guitar, he also plays harmonica and foot stomp (percussion) to give his performance a fuller sound to that of a duo or trio. Playing popular, upbeat, singalong covers (60’s-present) he’ll encourage audience interaction and participation with lots of banter. Danny has a repertoire of some 350-400 songs. 24 gigs
Based: Poole
Why Us (60s, 70s, 80s and 90s Covers, 3 piece)

Why Us are a new '3-piece band' but whilst the band is new, the players are not. We have many years of experience of playing and performing with local bands such as The Hormones, The Stingrays, The Small Mercies and The Rude Mood. Have fun and dance your way through the decades to pop and rock covers from artists such as Blondie, The Pretenders, Roy Orbison, The Hollies, The Mamas and Papas, The... 1 gig
Based: Taunton
Southern Deal (Rock / Blues, 5 piece)

Southern Deal play an intoxicating mix of southern rock, swamp rock and blues. Featuring the powerful vocals of Karen Del Rio and the exciting guitars of Trevor Roche and Paul Tottman this band put on a great show. And the rhythm section of James McAdam on drums and Johnny Rock on bass know how to lay down a killer groove. Get ready to rock!
Based: Guildford
The Procedures (Covers & Original, Trio)

The Procedures are a London based Power pop trio who will keep you powered up to the max. They’ll power your evening with punchy songs from the 60s right through to today, keeping the energy high and the dancefloor full. The band travels with full P.A. and light show with enough power to blow the doors off venues of all sizes with a show ideal for Pubs, Clubs, Weddings, Parties & Corporate... 1 gig
Based: Watford
Reflex 80 (80's Music Tribute Band, Duo)

We are a lively 80's tribute playing all the fun singalong hits to entertain the crowds. We both sing, with music played by tracks accompanied by an 80's style Keytar Keyboard for those funky 80's synth sounds. Happy to do outdoor and indoor gigs. We have been pro-musicians for over 20 years and performing as Reflex 80 since 1993. The type of events we play for are very varied, lots of parties,... 2 tracks, 1 gig, 150 free dates
Based: Exmouth
Jono Williams (Acoustic Covers & Originals, Solo Artist)

Jono is an innovative and experienced singer and guitarist, equally comfortable in front of quiet, discerning audiences, or party animals baying for mayhem. Formerly the front man for several West Country rock bands (Doghouse Blues Band, The Lengths, Sack the Juggler!), Jono is now based near Guildford, Surrey. His solo set comprises oldskool classics across the genres from the 60s to the 00s.... 33 gigs
Based: Cranleigh
The Jumpstarts (Ska, 7 piece)

The Jumpstarts are a razor-sharp musical unit delivering authentic Ska music from the depths of South London. We have our own PA, Lights, everything you need for a good party night. During these covid times we are lucky enough to have all the gear to play outdoors and would be happy to let other bands use our PA and backline.
Based: London
The Mules (Rock, 5 piece)

Mainly rock covers in the Black Crowes/Rolling Stones style. All the members are pro musicians and believe in giving the audience the best time ever.
Based: Bournemouth
Butterscotch (Rock & Pop Covers, Trio)

Butterscotch play hits and well known covers from the late 1960’s to the mid 1970’s. We have a hit record “Don’t You Know (She said Hello)” from 1970. We play clubs private events small and larger venues such as Warner Leisure Hotels and pubs if they have sufficient room. We are a trio of professional musicians and are performers of the highest standard.
11 gigs
Based: Shepperton
Rockaholics Duo (Rock Covers, Duo)

** It's great to be playing live again ** The ROCKAHOLICS DUO has Steve on Vocals, Guitar and Silly Jokes, and Phil on Thumpin Bass, Backing Vocals and Drum Machine. We play a wide range of all things Rock from AC/DC and Black Sabbath, through Thin Lizzy and the Eagles, to Bruce Springsteen and Roy Orbison - so whatever your taste we'll tickle your fancy at some point during the show. We can... 1 track, 3 gigs
Based: Paignton
Ron Flesch (Original Pop / Rock, Solo Artist)

*** Coming soon! *** Formed while we were all going out of our musical minds during lockdown, this group of experienced musicians and songsters/songstresses are looking forward to reminding you of all the great live music that you have missed during the past 18 months! Featuring guitars, keyboards, rhythm section and sax, plus male and female lead vocals and 4-part...
Based: Banstead
The Missin' Links (Rock / Pop, 5 piece)

Oxford based 4 piece band bringing back the best of the 80s. Playing over 2 hours of massive hits from the decade. Check out our Facebook page for audio and video. Tracks from Cher, Bon Jovi, Kim Wilde, Huey Lewis and the News, Pat Benitar to name just a few. Pull out your latex, dust off your leg warmers, as we can provide the soundtrack to your ultimate 80s party. From smaller pubs and clubs to... 2 tracks, 4 gigs, 138 free dates
Based: Oxford
The Robert West Band (Blues Rock, 3 piece)

Power trio playing pure, shameless Blues - Blues/Rock. Influences range from 60/70s British Blues/Rock to Chicago Blues to Delta Blues to Rockabilly to Swing to Gary Clark Jr's generation. Set list includes Blues Standards, lesser known songs that cry out to be heard, and originals. Each member has extensive gigging experience in a wide range of bands and is a soloist in their own right: Robert... 10 tracks, 2 gigs
Based: Taunton
Torn'N'Frayed (Covers 60s - present, 5 piece)

We are a 5 piece band based in Baldock, North Hertfordshire covering the Hertfordshire/Bedfordshire/South Cambridgeshire areas. Pubs, Clubs, Private Events. Please contact us with your requirements and we'll try and give you what you want. Band consists of Rod (lead vocal/guitar), Brian (drums), Kev (Bass), Sam( keyboards) and Jim (Guitar). We are all seasoned players,...
Based: Baldock
Rocket⚡Fuel (Rock Covers, 5 piece)

Rocket⚡Fuel are a 5 piece rock/pop covers band from Hertfordshire. Boasting a hit-filled set list, Rocket Fuel will have you dancing and singing along all night as they rock through several decades of music. Artists include Queen, Bowie, AC/DC, Van Halen, Billy Ocean, Deacon Blue and Elvis. The guys are available for weddings, parties, corporate events, town hall meetings and maga rallies.... 5 tracks, 4 gigs
Based: Stevenage
Gareth Thomas (Pop, Solo Artist)

Gareth is a vibrant entertaining singer Performing many songs from all decades and genres including swing, pop and rock and has a presence that will get your audience up and moving! For any occasion he can entertain your crowd. He has something for everyone. ​ Not Just a "Wedding Singer"!! ​
Based: Beaconsfield
Showing all newest bands/artists (28)
Back to Top

These bands and artists are the newest full members on Lemonrock who have a main photo and have written a description. If you're not in this section and would like to be, you need to write a description of at least 100 characters, have a photo, and upgrade to full membership. Adding MP3s will increase your chances of being approached by venues! Please note that non-live music genres, like Karaoke and Disco, are excluded from this section.

New indicates bands/artists added to Lemonrock in the last 28 days.