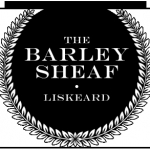 This is probably the best live gig in a pub that I have ever been to! The boys, (long wave, medium wave and short wave... he he) were fantastic, really great fun. They played some of my favourite tunes, Slippery People - Talking Heads, Forever Lost - Magic Numbers, Sound & Vision - Bowie to name a few.

The singer's voice (Short wave) really reminded me of Michael Hutchence from INXS!

Friday 3 February 2006
Reply from The Wireless:

Thanks Helen, nice review Thanks!

I think we will be adopting the Long wave , medium and short wave AKAs Ha ha!

As for Michael Hutchence...Im sure short wave will be delighted.

The new track is called 'Money Doesn't matter anymore', we are about to record it, so we'll keep you posted!

The Wireless @ The Junction, Plymouth 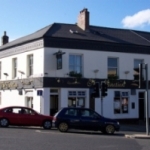 I don't usually do reviews but felt I had to for The Wireless.

This band stormed through some of the most classic tracks of the last four decades with energy, style and a heap of obvious musicianship. They were quite simply phenomenal!

I am not usually moved by bands who roll out cover after cover but these guys do it different! A four piece unit consisting of Drums and percussion (strange but cool drum set up!) Guitar, Bass and Violin (don't worry, no Folky nonsense here!) The Wireless are a great party band - check them out.

Sunday 25 September 2005
Reply from The Wireless:

Cheers Neil, glad you enjoyed it!