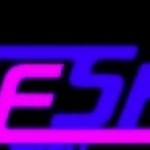 The Lateshift on Saturday 5 September 2015

Dear Ricky and all in The Lateshift. We were blown away by The Lateshift at our wedding, thank you so much. Apologies for jumping up on the stage at the end to hug you all & forgetting I had a massive dress on - equipment, what equipment? Everyone has remarked about how excellent you all were and we have passed your details onto a good few people with weddings and parties coming up. The last hour of The Lateshift DJ'ing was also fab so thank you so much for that. "Oops Up Side Your Head" is achievable in a wedding dress I have learnt. Much Love, Laura & Graham X

Monday 16 November 2015
Reply from The Lateshift:

Thank you for your kind words. We had a great time playing for you. We are so pleased you chose us as your wedding band.

Dear Ricky and the Band, Thank you for the fantastic show you put on at our wedding party on 18 April at Woodbury Park. We have had numerous complimentary comments from our guests about how much you added to the atmosphere on the night and made it such a fun evening. You even managed to get my 18 year old son on the dance floor!! Thank you for helping make our wedding a memorable event, we would recommend you to anyone looking for a band for any occasion. Many thanks Andrea & Neil Sear

Thank you indeed for your kind comments. We probably had as good a time as you, you were great to play for and for us it's what we love doing, so thank you for asking us to be your wedding band..

Ricky and The Band x 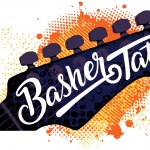 A wedding to remember Basher Tate on Saturday 10 September 2011

Basher Tate recently played at our wedding at Woodbury Park near Exeter and the performance can only be described as phenomenal.

We had approximately 120 guests of all ages at our evening reception and the band's playlist truly catered for all. They also made it very personal to us by kicking off with our chosen number for the first dance, Snow Patrol's "Chasing Cars", which the band would have learnt especially for us had they not already know it!

While the first set continued with many classics (too many to name) the second set got a little funkier for the late night party goers. However, because the band proved so popular, the older generations were still there on the dance-floor anyway - and loving it too! (Seeing my Nan having a great time was such a happy experience!) My favourites "Sex on Fire" and "Mr Brightside" caused everyone to jump around.

Adding to the fun the band produced dozens of blow up guitars, which filled the already busy dance-floor, even luring away the folks propping up the bar making everyone feel as though they were part of the band: Mark & I (bride & groom) even jumped up on stage! Everyone was really buzzing.

The only negative was that finally the band had to stop playing, and I was actually a little sad that it was all over.

The musicianship and chemistry of the band was brilliant with Steve's fantastic vocals as good as ever and Faye (a recent addition to the band) bringing even more!

Everyone who came has been talking about the band and commenting on how brilliant they were, without any prompting from us.

Basher Tate - Thank you so much!

We had a ball too - great crowd, great party. 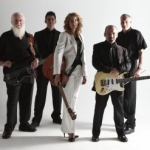 A very friendly, professional and enthusiastic band. The dance floor was busy all evening. Many good comments from our members. We would certainly book them again.